There are certain models of knives and multitools that I have resigned myself to never having either because finding them is virtually impossible or they are fantastically expensive when they are found.  The Wenger PocketGrip with the needle nose is one of those. 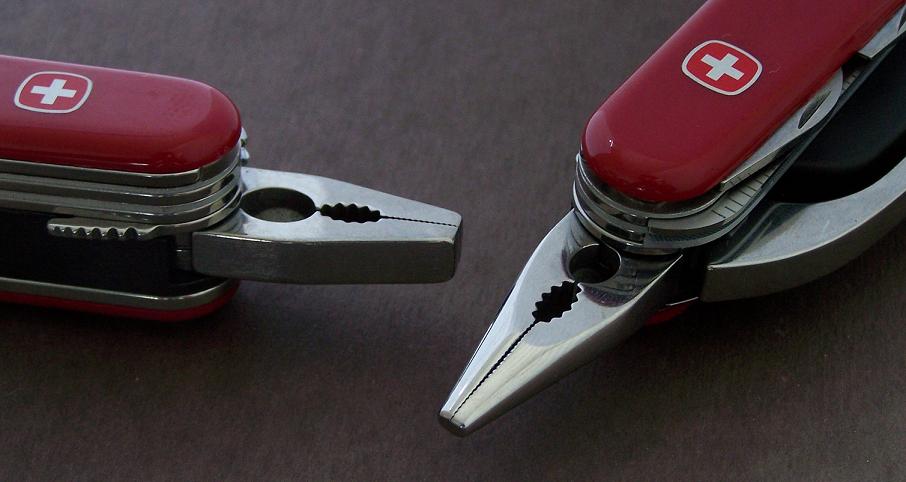 I had resigned myself to being content with having the blunt nosed version of  the Pocket Grip, a purchase I’d made a couple of years earlier in a group buy we had done.  Since the Pocket Grip was never imported to North America, it is a little difficult to find.  When an opportunity came up recently to get one from a very generous member, I jumped on it.  Of course, there was a 50/50 chance it would be the needle nosed variation I was after, but I always believed that if I had a 50/50 chance, there was a 90% I would get the wrong one!

Needless to say when it showed up I was giddy as a schoolboy, as it was the one I needed!

But this isn’t an article about the Pocket Grip- I’ll probably do that soon enough, but not today.  This is also not a big thank you to another generous member, although a big thank you is certainly warranted!  No, this article is about faith, not in a higher being, but in the fact that some things just accidentally go right!

Need another example?  Well, in keeping with the Wenger multitool theme, I had originally mistaken the Pocket Grip from this member for it’s larger cousin, the SwissGrip, another model I am very fond of.  The thought of getting a red handled SwissGrip, which is even harder to find than the PocketGrip was driving me nuts, which is why I jumped on it like a rabid cougar!  Of course, being another model I wanted, I certainly was not about to complain.  I was also given the option to buy a metal handled version from Felinevet, which I also jumped on until I realized it was the PocketGrip.  I have something else in mind for that, so again I am not disappointed, but I was looking forward to the bigger SwissGrip.  So I decided I wouldn’t worry about it- sooner or later, one would turn up for sale, right?  I managed to buy one today that just happened to show up for sale today!

Getting away from Wenger examples, we could look at my OHT collection, which many of you enjoyed in a recent issue of Tactical Knives, and in many articles here.  The funny part?  I never intended to collect OHT’s or other OH models.  In fact, the first OHT I got was traded away within a few weeks of me getting it!  I simply wanted to get a replacement for the one I traded away, then I got the micarta custom from Scibeer (again by accident, but I’ll get to that in a minute!) then a Fireman, then… well I’m not sure what was next, and then the OH GAK showed up from Francisco in Argentina, the SwissBianco factory plain edge prototypes… one thing led to another and I was instantly an OH collector!  I quite literally woke up one day and realized I’d been collecting them without trying. 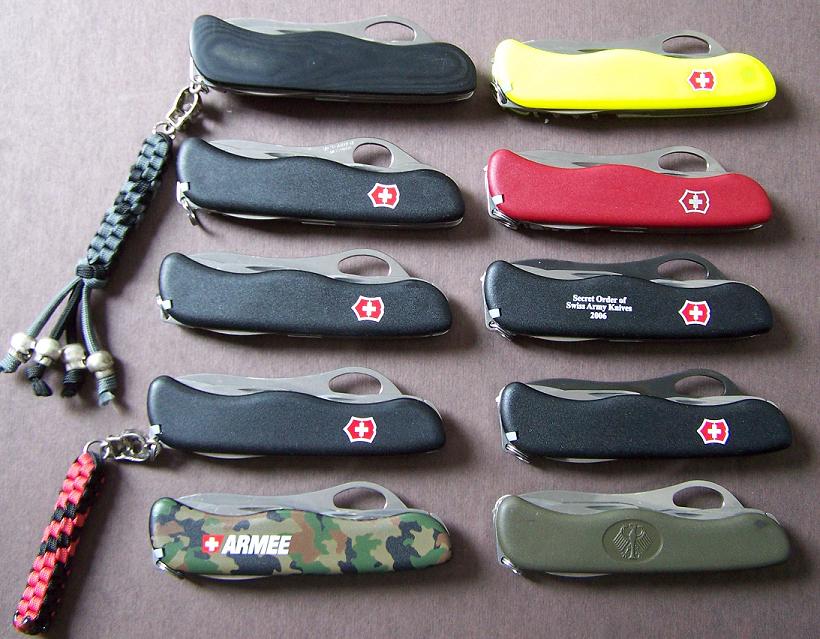 Getting to the accident part with the Scibeer custom OHT, it was actually meant for someone else, but it wasn’t what that member wanted.  I think the saw layer was supposed to be removed or something, but I’m glad it wasn’t because that meant this one was now without a home.  Again, I just happened to get lucky and was the first one to sing up about adopting it!

We often discuss the best places for finding rare or vintage SAKs, and while other members, eBay, Tim (Felinevet) and some other regular vendors are great places to start, don’t ever forget the wise words of Han Solo in the first Star Wars movie where he said that the secret to his success was “a lot of simple tricks and nonsense.”   SAK collecting, and any collection, can be just as dependant on dumb luck as it is diligence.  Relax and enjoy- you never know when the stuff you are stepping in might just be good!