I first saw these at SHOT last year while meeting with Rick Case, owner of Nite Ize, and I was intrigued by the concept. It's one of those simple things that apparently no one has thought of, despite being so obvious! 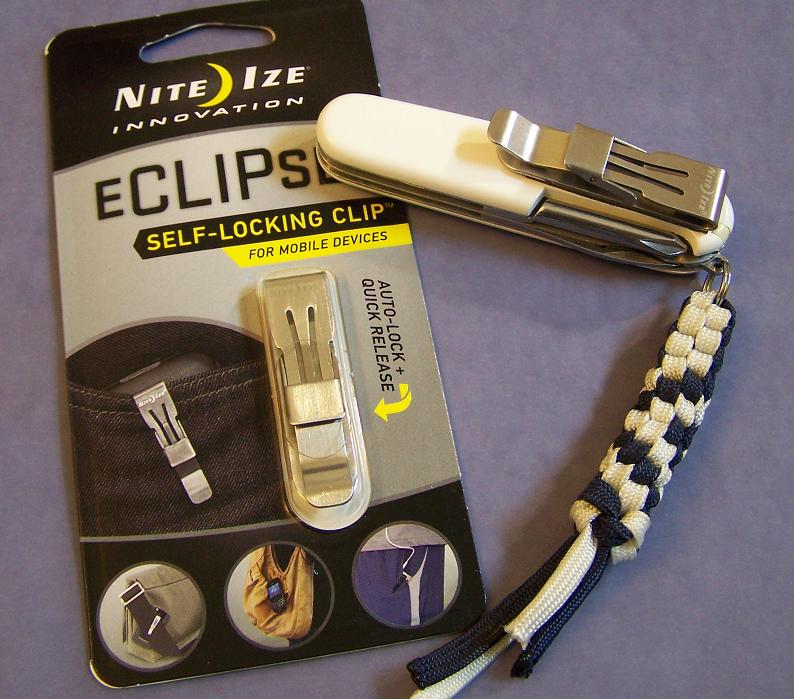 Recently I had the chance to pick up a couple of these so I could give them a try and see how the really work out as an option for those out there that want a pocket clip on their knives. In the past we've looked at actually modifying a Spirit with a modded Leatherman pocket clip, we looked at the official clip offerings from Victorinox and Wenger, and we've seen the Clipdraw clip attached to another Spirit. 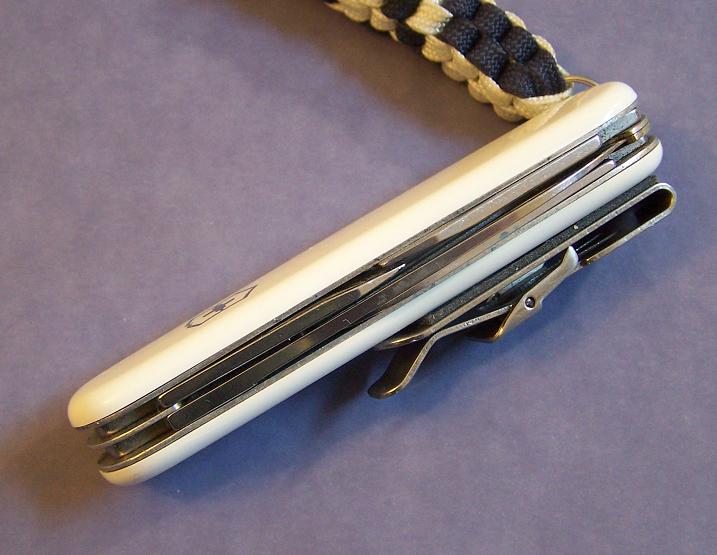 So far, all of these have been interesting, but each has had it's own drawback- the factory issue versions are available only on a few models, the mod takes fancy tools and fancier skills to accomplish properly and the Clipdraw is a bit large and bulky looking.

By comparison, the eClipse is very small clip, sturdy enough to hold a 4-5 layer SAK safely. You could probably carry a larger knife as well, but it would start to get somewhat uncomfortable in your pocket.

But, I'm getting ahead of myself- what makes the eClipse so special? As I said, simplicity. It's just a scrap of metal, folded over on itself to make a standard clip shape like anything else, but where it differs is the small lever with a couple of backwards teeth on it. The teeth allow the fabric of a pocket to slide into the clip, but not back out until the lever handle is pressed, releasing the teeth. Sound confusing? Here are some pics that should help: 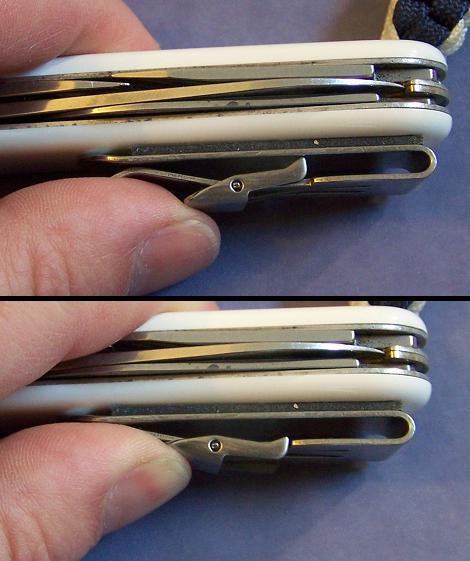 Most clips try to use the springiness of the metal to hold the item in your pocket, which can cause premature wear on your pants. It may not sound like much, but if you carry something in the same spot every day, you could end up with some holes. These clips were initially designed with cell phones in mind, but as with a lot of Nite Ize designs, it was quickly snapped up by pretty well everyone who needs to carry any kind of gadget or tool with them at all times.

For testing, I attached the clip to my trusty white scaled Victorinox Tinker, which is a knife I often carry in the watch pocket of my jeans. It's also fairly easy to find the white scales when it falls out of the watch pocket of my jeans, especially with the fancy lanyard I put on it. Since this one has a nasty habit of getting itself lost, it was a beautiful choice for this test. Plus, as a two layer knife, it's small enough to be comfortably carried in a pocket. 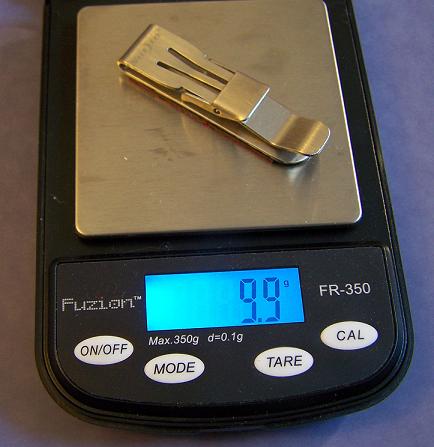 The method of attachment is simple- it comes with an alcohol swab for removing any detritus from SAK scales- something any good, working knife should have! After a quick scale cleaning, you peel the backing off the double sided tape that is already attached to the clip and stick it on where you want it. Try to think about this in advance, because once this clip is on, it's on.

I've had it in my pocket for a few days while I go around doing the things I do, including walking the dogs, driving, building a workbench, loading/unloading a few hundred pounds of wood into my Jeep then into my garage, cooking and so on. For some of those things, I have used the knife as well, and there is no movement in the clip whatsoever- my guess is the scale will come off the knife long before the clip comes off the scale, so I feel pretty safe with it. At no point did the knife even threaten to fall out of my pocket, which I greatly appreciated. 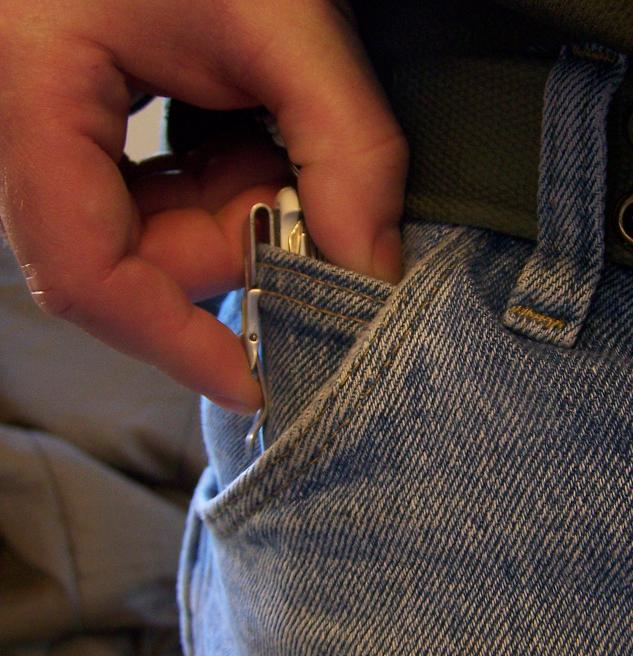 All in all, at least in the short term, I am quite pleased with the eClipse as a carry method. I can see myself getting a few of them, as I think they would even be helpful with knives carried in pouches, as I've occasionally seen knives slip out of pouches when the Velcro or snaps come undone. This clip can not be intact and let go inadvertently.

And, for the price (under $10) I thinks it's well worth experimenting with!