Ever wonder what some of the abbreviations you see in conjunction with some Swiss Army literature mean? Thanks to PTHYCRP, you can wonder no more! Here is a list of Swiss Army abbreviations for reference.

SAK Book In The Making

I recently got this email from a member, and I thought perhaps the folks here might be able to help him out.  Here's the message: 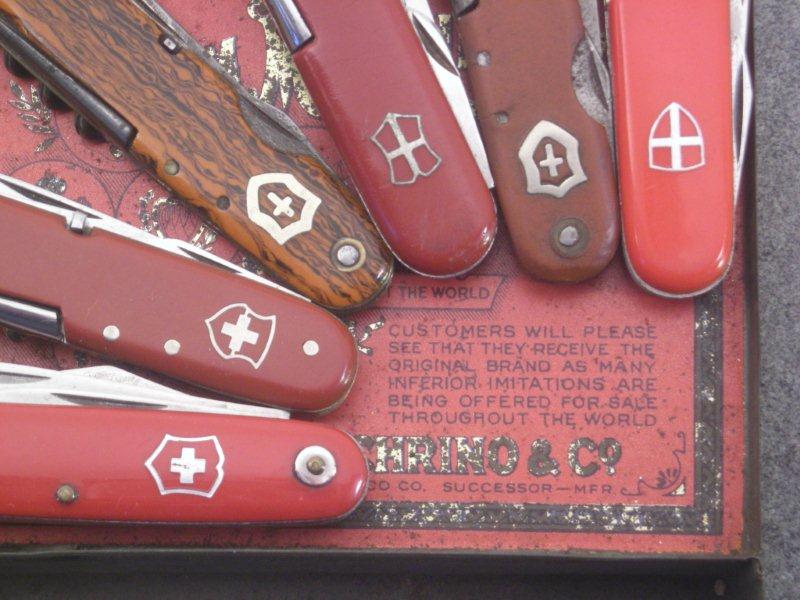 Back in the “good old days,” in the early 1970’s, I purchased a Victorinox Fisherman (SABI, 53541, Vic, 1.4733.72) at a Hoffritz store in Grand Central Station in Mid-Town Manhattan at 42nd Street. In those days, Hoffritz sold knives, scissors, various cutlery utensils, shaving accoutrements, and the like in various shops around the city, especially at train depots and airports for travelers, tourists, and road warriors. I recently returned to the location of the shop on the ground level of the Station near the Lexington Avenue exit, but it was no longer there. I guess the changed economy and security concerns put a serious crimp in their business. The Hoffritz’s Victorinox knives were especially made for sale by Hoffritz and do not carry the Victorinox name anywhere on the tool. 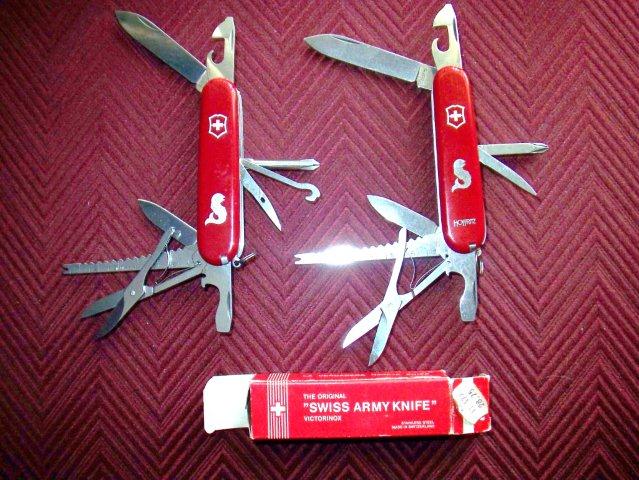 The old on the right showing the inlaid metallic Hoffritz lettering and the aluminum head of the Tweezers, the new on the left with the grey plastic head of the Tweezers. Note the All-Purpose Hook, the Sewing Eye on the Reamer/Punch, and the round Phillips on the new.

I just thought that members might like to consider this little 'unsung hero' from Victorinox.
It may not look much, but it really works !

Welcome to the Red Shield years for the model 1961. This is my third article in a series of three on the issued Swiss Army knives. The first two were about the red years and the non red shield years. This article will take us from 1977 until the end of the “marked” soldier knives in 1988 and beyond.

At this year’s SHOT Show I was once again able to build another SAK. It seems that I am developing quite a collection of factory authorized SAKs, made by me- with a little help from this SAK building machine from Victorinox!

This year Victorinox announced the new Slim and Slim Duo models, which are basically upgrades to the old SwissMemory line.  While I had some issues with the previous line, I see a lot more potential with the new Slim models as the price is expected to be a lot more reasonable and the drive capacities are more impressive.

This year Victorinox teamed up with Kazuma Yamagucki, a designer in Japan to create a rainbow of new knives.  All models are the same, basically a new slant on the Victorinox Classic.

Wenger has been building a reputation with some truly amazing athletes lately in some amazing sports- from the Alinghi Racing Team to the Patagonian Expedition to Mike Horn, and now to Ueli Steck.  Rather than pretend I know all about this world class climber, it's probably better if you just check out his personal web page.