Knife Of The Year Countdown

For any of you that may have had some curiosity about the Knife Of The Year project after last month's article, I have assembled a list of all the models we've done in the past.  Initially it was a one off thing in 2003, but the initial run was so successful that when folks asked about another knife the next year, Travis decided to do it again... and again... and again, and the 2010 Wenger EvoWood marks the eighth knife we have done. 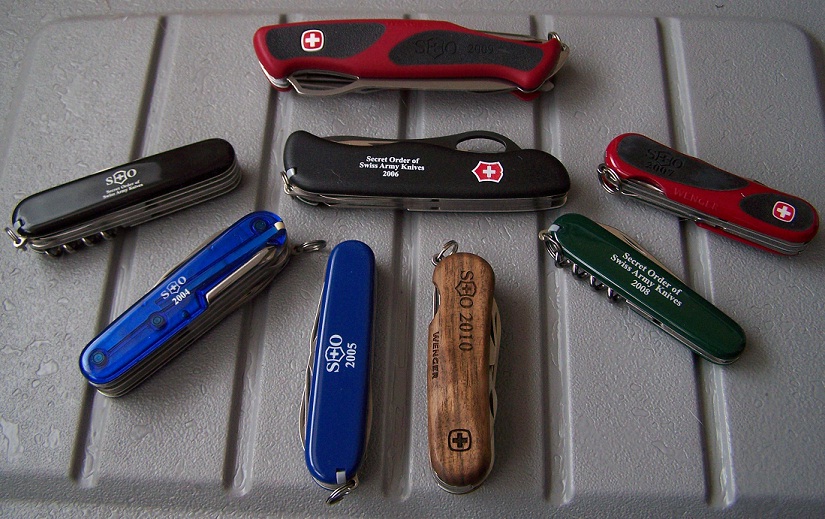 So here, in chronological order are the various SOSAK Knives: 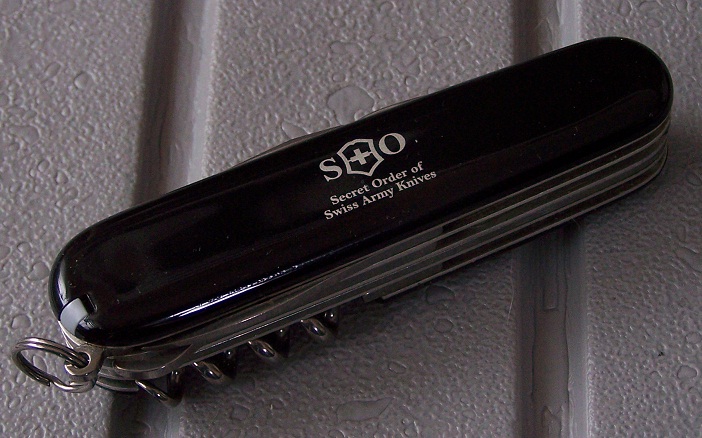 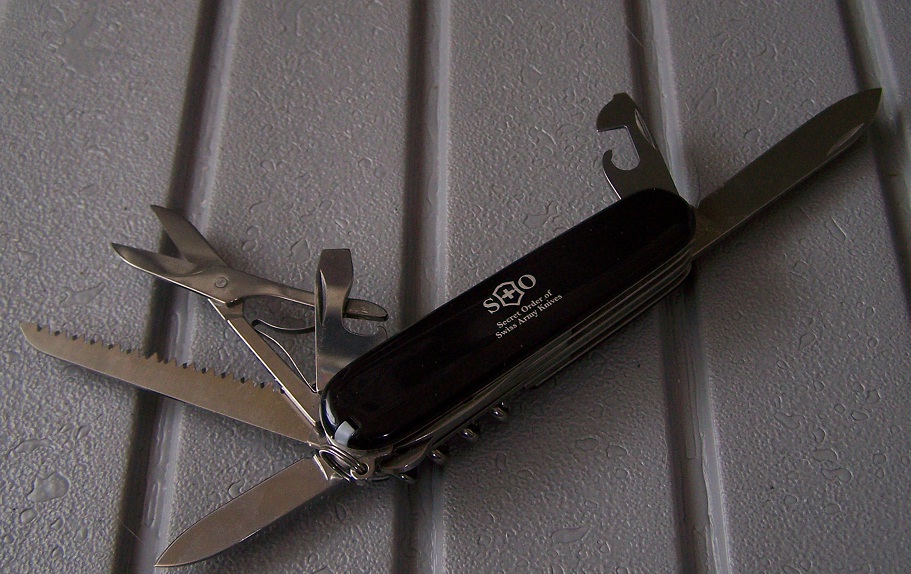 2003- Black Victorinox Huntsman
As mentioned above, this one was intended to be a one off, and so it never got a year imprint like all the ones that followed it. 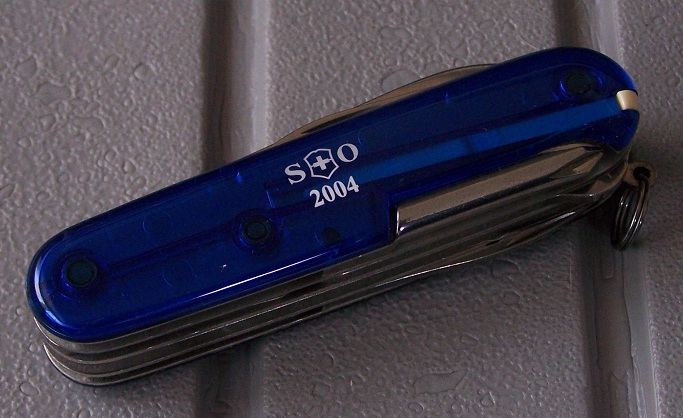 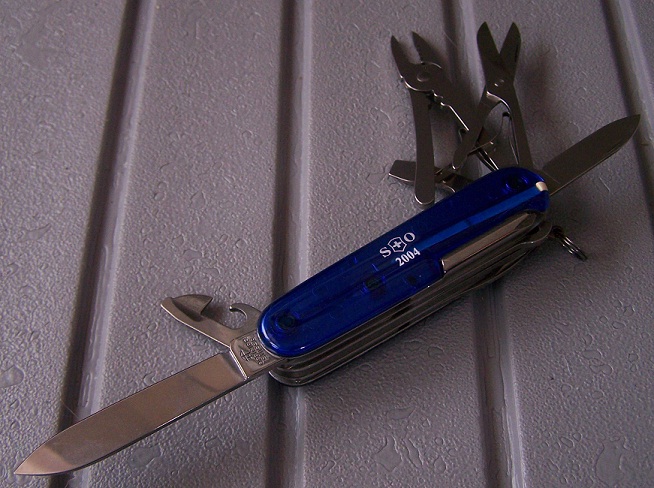 2004- Sapphire Blue Victorinox Deluxe Tinker
Our second blue knife, the Deluxe Tinker was the largest model we've ever done, and the only model with translucent scales. 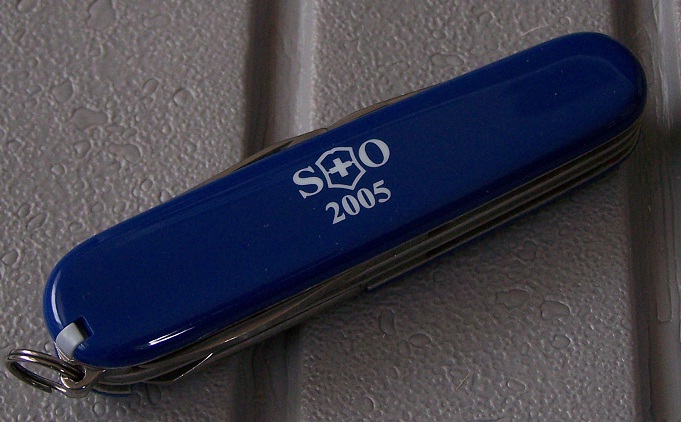 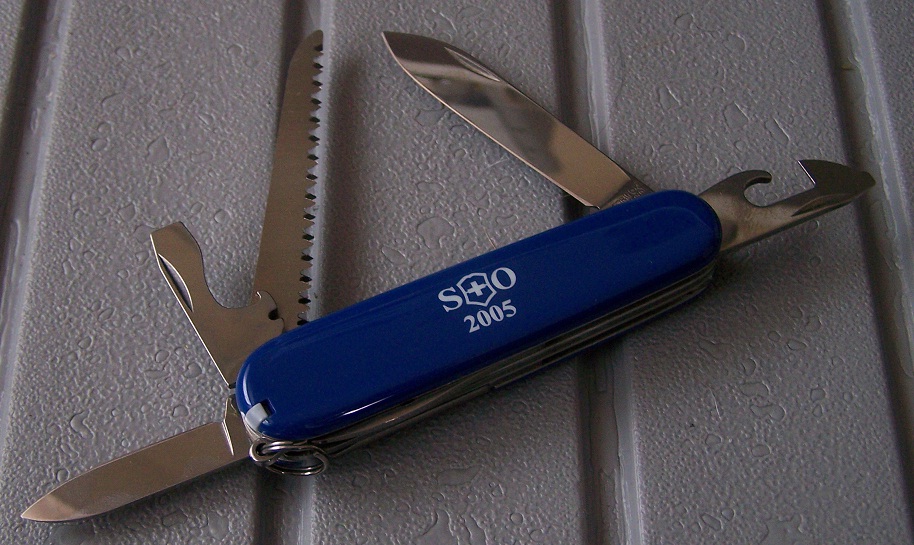 2005-Cobalt Blue Victorinox Hiker
Cobalt blue was the winner by a landslide in a vote among members in 2005. 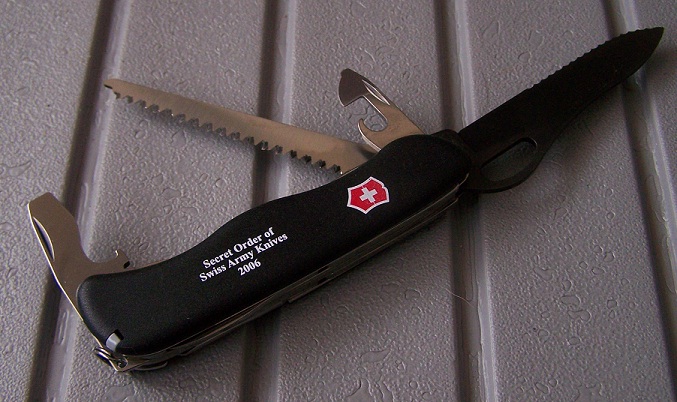 2006- Black Blade Victorinox One Handed Trekker (OHT)
The only 111mm model we have done was also the most oddball.  It's the only knife we've done that didn't come with a presentation box and we hadn't ordered black blades- they just showed up that way! 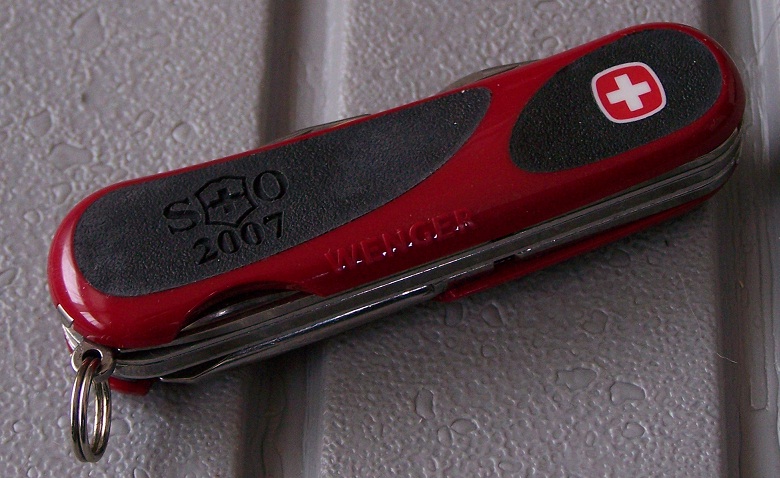 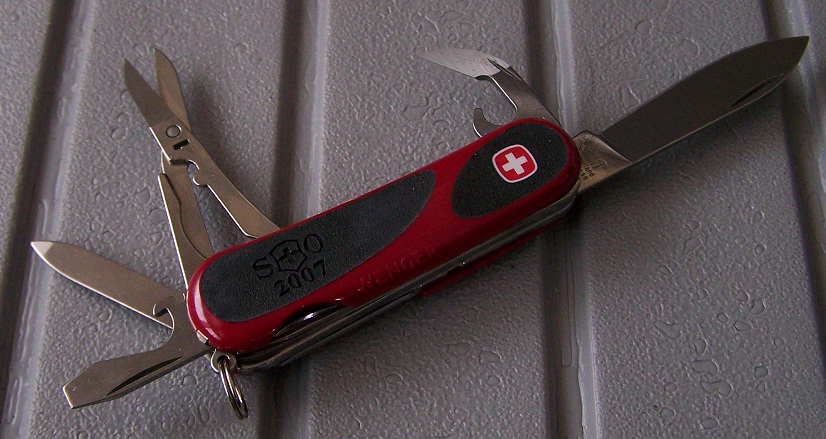 2007- Wenger EVOGrip 16
Another controversial model, this was our first offering from Wenger.  It featured Wenger's new EVOGrip handles with rubber inserts that were laser etched with the SOSAK logo and year. 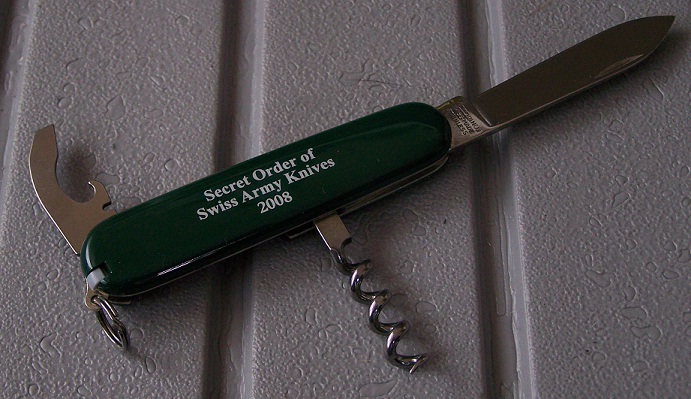 2008- Green Victorinox Waiter
The Waiter was a classic and often overlooked model, and our version was dressed in Hunter Green scales.  Being the least expensive knife we'd ever done, it holds the record for the best selling Knife Of The Year. 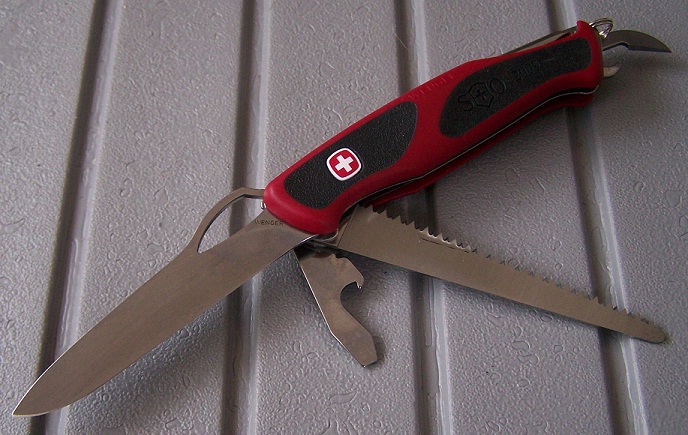 2009- Wenger RangerGrip 78
Similar to the 2007 model, this new Wenger knife featured EvoGrip scales, although on the larger 120mm frame. 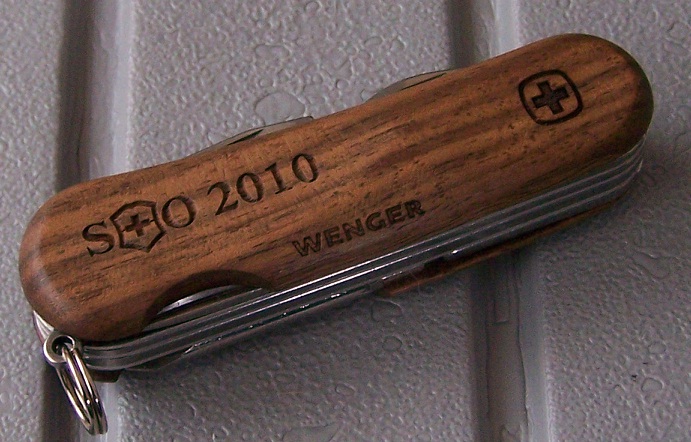 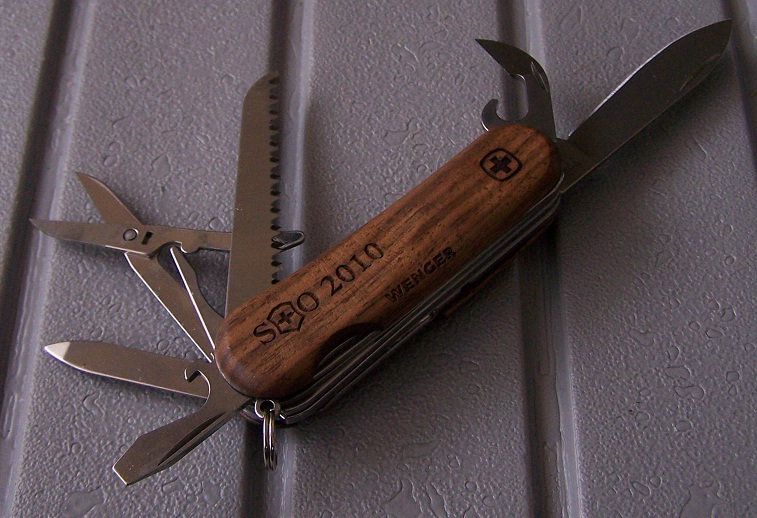 2010- Wenger EvoWood 18
Adding a slight twist to the previous offerings from Wenger, the EvoWood was the first Knife Of The Year to feature wood scales, again, laser etched with the logo and year. 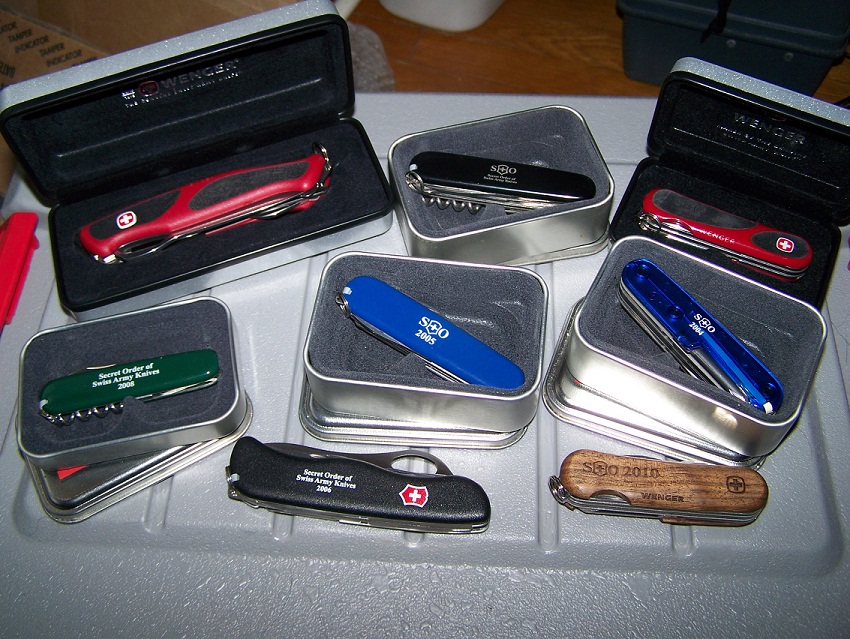 So what's coming next?  I don't know- you'll have to wait about 6-8 months until we are ready to start the 2011 Knife Of The Year voting!  Stay tuned- you won't want to miss it!