At the SHOT Show in February, one of the things that Victorinox showed us was a new scale type called SilverTech.  At the time I thought they looked neat, but I wasn’t really all that impressed as everyone knows how I feel about translucent scales.  These were admittedly somewhat fancier than regular translucent scales, but I’m getting ahead of myself.

Basically what the SilverTech series are is a re-issue of the Signature Lite, Climber, Spartan and Huntsman models with clear, colorless scales, with a silver paint applied to the underside, making them appear like high polished aluminum.  The various cutouts and shapes molded into the underside of the scale for mounting it to the knife or housing the toothpick and tweezers make for an interesting sci-fi kind of effect.  In fact, it reminds me of the hull of Han Solo’s ship, the Millennium Falcon, from Star Wars.

The Climber, Hunstman and Spartan scales are identical to each other and the only differences from one knife to the next are the tools that differentiate the various models- ie scissors on the Climber and scissors & wood saw on the Huntsman.  The only “different” scale is on the 58mm Signature light, which due to the mechanism for the pen and battery compartment for the light appear much more intricate and really showcase the design.  Victorinox should really have considered doing this with the Plus style scales in the 91mm line to make the design more appealing with additional shapes.

The Signature Lite doesn’t just stop with the addition of the fancy scales though.  Also new with the SilverTech version is a white LED rather than the red LED’s found in previous 58mm Lite models like the standard Signature Lite or Midnight Manager.  The new LED is amazingly bright, similar to a Photon brand micro light, but may not meet with everyone’s approval as it is too bright to write in a notebook in low light conditions, which was the original concept behind the red LED.  The new LED does however make the Signature Lite much more useful in other situations where a more powerful light is needed, so as with anything else, it’s a give and take.  Personally I like the new LED over the old red one as I always found it too awkward to write while depressing the shield anyway, and most of my notes are taken on my PDA these days meaning that I don’t need a light, or even a pen for that matter!

While the new SilverTech models are indeed pretty (and that is in the eye of the beholder), I am still not a fan of translucent scales and can’t help but think that they will look as awful as more traditional translucent scales do with even a modest amount of carry.  As the scratches and scuffs add up, these pretty new scales will lose their allure and really offer no benefit.  As a collectible to show off, these have their place, but if you are looking for a new EDC model, I’d suggest sticking with the longer wearing standard scales, where dings and scratches add character rather than hiding the pretty stuff you paid extra for. 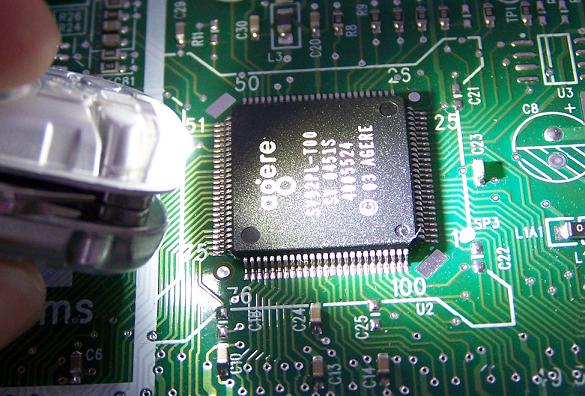