Tradition is a wonderful thing, but it’s not always something that needs to be followed. Once in a while it’s nice to break from tradition, which is what we are doing with this year’s SOSAKOnline Knife Of The Year. Usually Travis comes up with some options and we have a vote on it, but another project I have been working on seems to have been held up for a variety of reasons, but is finally a go, and I decided to merge it with the KOTY project. 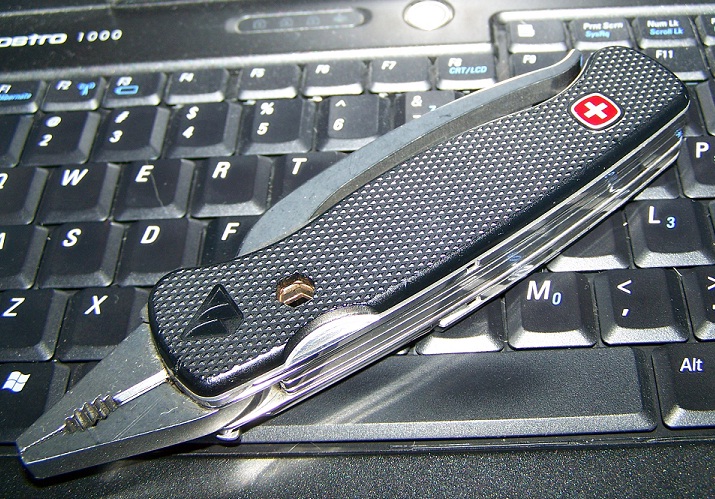 Since this project didn’t really have any options, there really isn’t any reason for a vote, which also allows us to start it a little sooner this year. So, what is so cool that we’ve suspended our usual Democratic Procedure? Here’s a hint- it’s big, it’s from Wenger and it’s been discontinued for some time. If you guessed the SwissGrip, you guessed right! If you guessed something else, well then you would be a little less right!

This is part of an associated run we’ll be doing with my other site, Multitool.org, and will be limited to 190 pieces between the two of them. Why 190 pieces? Simple- that’s how many of these are left, and I mean anywhere! To get these we’ve cleared out the deepest, darkest sub basements of the Wenger Factory in Delemont, so when these are gone, they are gone for good! 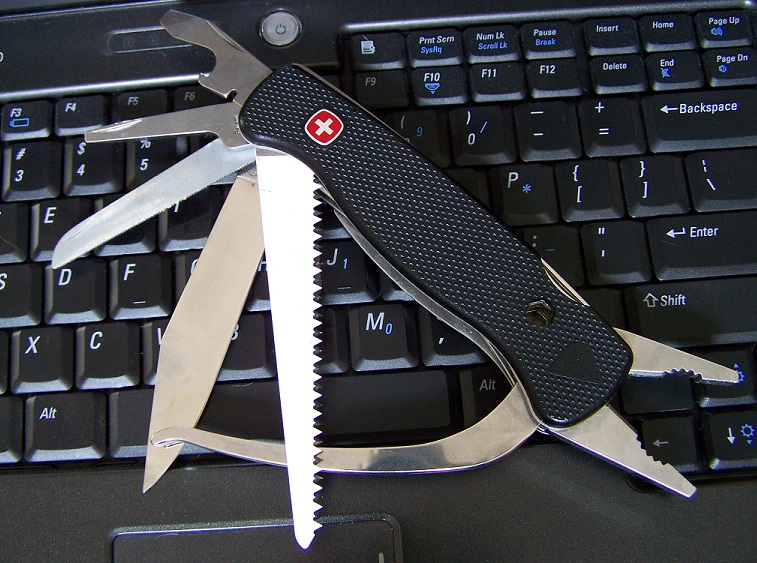 For those not familiar with the SwissGrip, it’s a large plier based multitool built on the old 120mm Ranger platform. Unlike many multitools, the pliers on the SwissGrip are fixed and don’t fold. Inside the body is a large clip pointed, locking blade (so large we often refer to it as a “folding machete!”), an equally giant wood saw, a metal saw/file combo, a bottle opener/screwdriver combo, and a large flathead. The flathead is exceptionally neat as there’s an adaptor that fits on it that allows you to use any standard ¼” hexagonal screwdriver bits with it. On the backside is a Phillips driver and an awl. The extra bits and adaptor all ride nicely beside the tool itself in a nylon sheath.

Originally there were four variants, with the differences being two colors (red or black) and tool options being a corkscrew or Phillips. The Phillips models are more common, as are the black scales, and the KOTY will be the black, Phillips variety. I’m providing some pics of my SwissGrip as I have yet to have a prototype of the KOTY in my hands yet!

We’ve never resurrected a discontinued model as a KOTY before, and we are pretty proud of this one, so stay tuned for details and ordering info!