OK we've all seen them on Ebay, tired, beat up SAKs that have seen a hard life, some are just worn out through natural wear and tear, and some of them sadly have been abused!

Now the best that can happen to some of these is that the get returned to either Victorinox or Wenger for a service. But that's really not necessary, as due to the innate quality of your average SAK, there almost never beyond redemption.

Take this one as an example, a friend of mine whose a painter and decorator had this waiter buried at the bottom of his work bag for at least 10 years, and I'm sorry to say, it was in terrible condition, it was totally jammed up with filler and plaster, and had even started to rust! You know thing's are bad if there's rust on a SAK!

But hey this is a Victorinox right?

After an overnight soak in WD40 and with a bit of firm 'persuasion' it all freed off nicely, so with a bit of a clean, polish and sharpen I've now I've got a perfectly usable Waiter with the old style flutted corkscrew. Yes I could have sent it back to Victorinox for a replacement, but this way I've got a knife with a history, and done my bit for the planet by recycling it too.

The thing is how many other 'lesser' more expensive knives would have survived that level of neglect, and after a bit of elbow grease would have redeemed themselves in the way that this little Sak has? 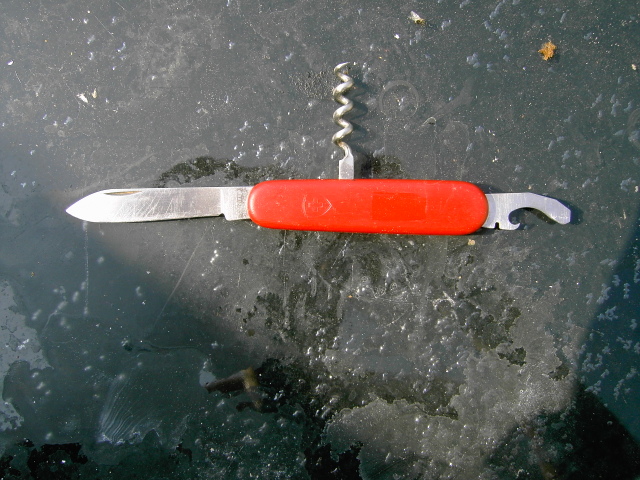 Mr Elsener I salute you and your products.